Wedding photographer in Italy, wedding planner and coordinator of weddings in Italy. Wedding in Portofino. Official registration of marriage, a wedding for two in Camogli, Portofino, Liguria.

The organization of this wedding was very simple for me, the bride wanted to officially register a marriage in Italy and a romantic wedding photo session. As the place for the wedding we chose the town of Camogli, located near to the famous Portofino.

After negotiations with the municipity, I booked the date of the wedding, chosen by the bride Irina on December, and we started to prepare for the wedding.

On the wedding day he weather was wonderful, it was very warm, the sun was shining, but the sea was worried on the eve of the storm, so we were lucky to use as a background the sea, which throwed huge waves to the beach, with sunny and almost windless weather.

In the morning, arrived a wedding stylist from Genoa for create a image for the bride, and then we went out to the embankment to have a small warm-up photo shoot on the background of the city and the sea before the registration of the marriage.

After the ceremony of official registration of the marriage in municipity of Camogli, which, as usual, lasted only 10 minutes, we again went to the photo shooting at sunset. In December it gets dark early, so we had only an hour for photograph ... but we seem to have had time))

You can see the wedding reportage in the album 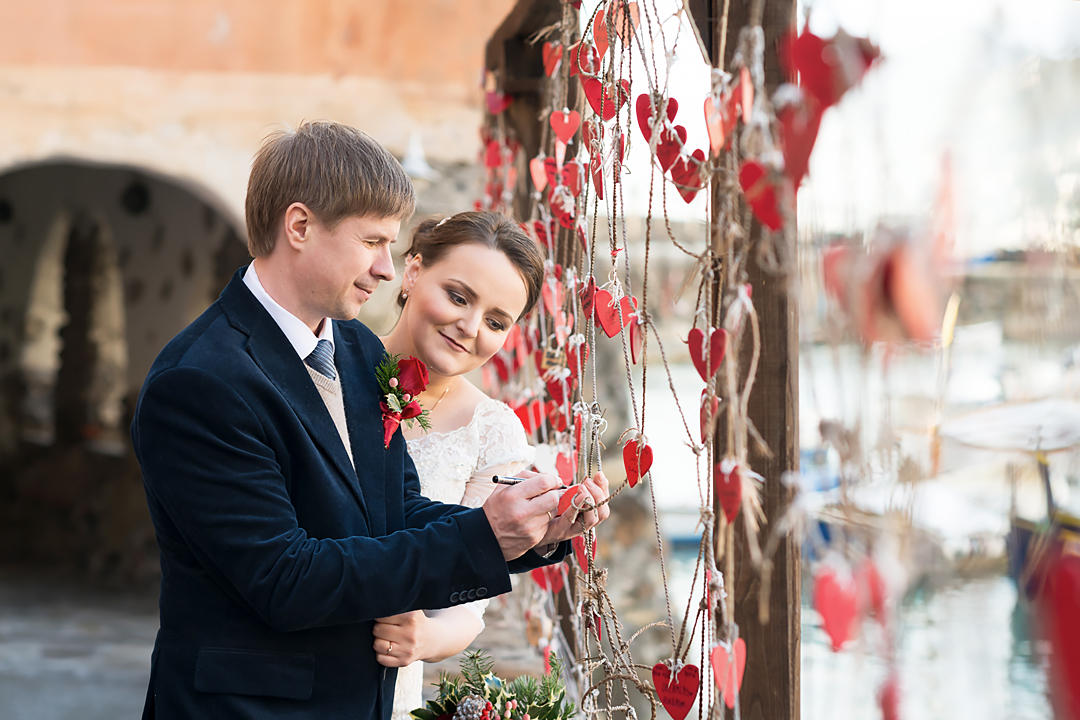